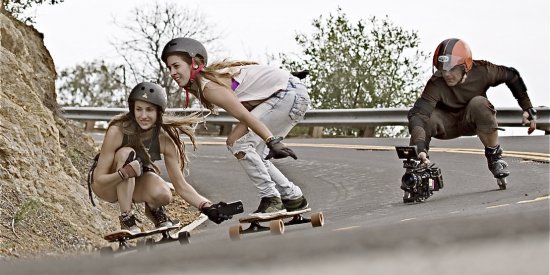 Born and raised in Austria, played competitive Ice Hockey for the Austrian Junior Natl. Team and absolved the mandatory Military Service there. After working for Austrian and German Television doing historic and cultural documentaries all around the globe starting as a Camera AC to Focus Puller and Camera Operator. The urge to be part of Hollywood Film making brought me to the U.S. in 1995. Starting out as a Camera Operator for DP Harris Savides, (Madonna Music Videos and Car Commercials), Sam Bayer, (Green Day, Marilyn Manson, Good Charlotte and countless car commercials) as well as others, shooting Jennifer Lopez, Eminem, etc. I was also part of several big Super Bowl Commercials for Pepsi, Maserati, Nike and NFL throughout the years.

I started as a DP Cinematographer around the year 2002 and have worked on many national and international commercials, shot a 12 Episode Netflix TV Series in 2015 and still work in Europe every summer on my passion of Documentaries and TV Shorts, like a Culinary Show for the Red Bull Channel Servus TV doing the Top Chefs around the world or working in the Crimea of Ukraine to document the longest existing Trolley Bus ever built.

My passion for Film and creating Images looking through a Viewfinder are real and I feel very fortunate to make this profession my life style as well. I have been living in Park City, Utah since 1995 with my beautiful family of 4 incredible girls.
Still playing Ice Hockey, Skiing and Mountain Biking keeps my mind fresh and vision creative in between assignments.